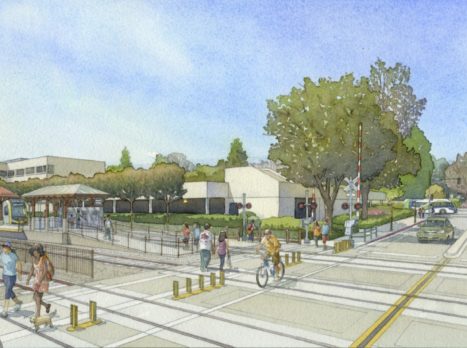 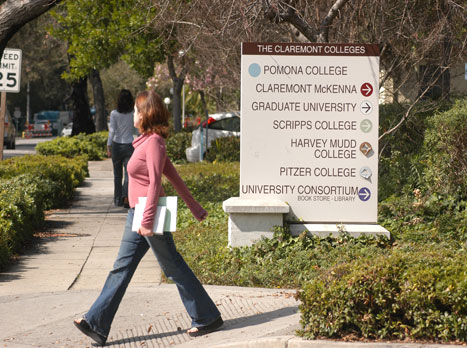 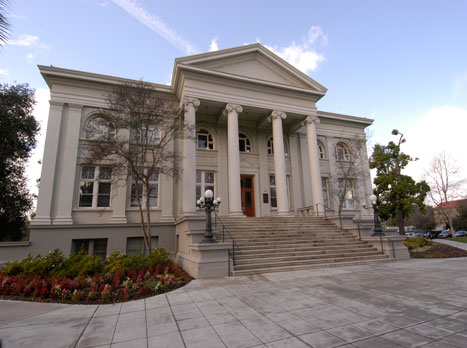 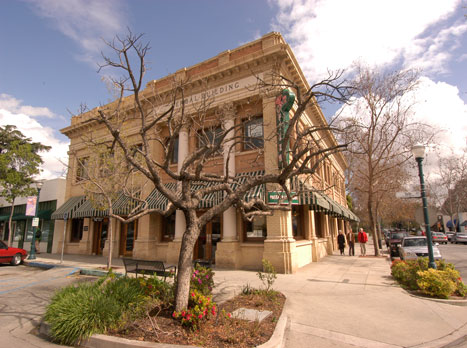 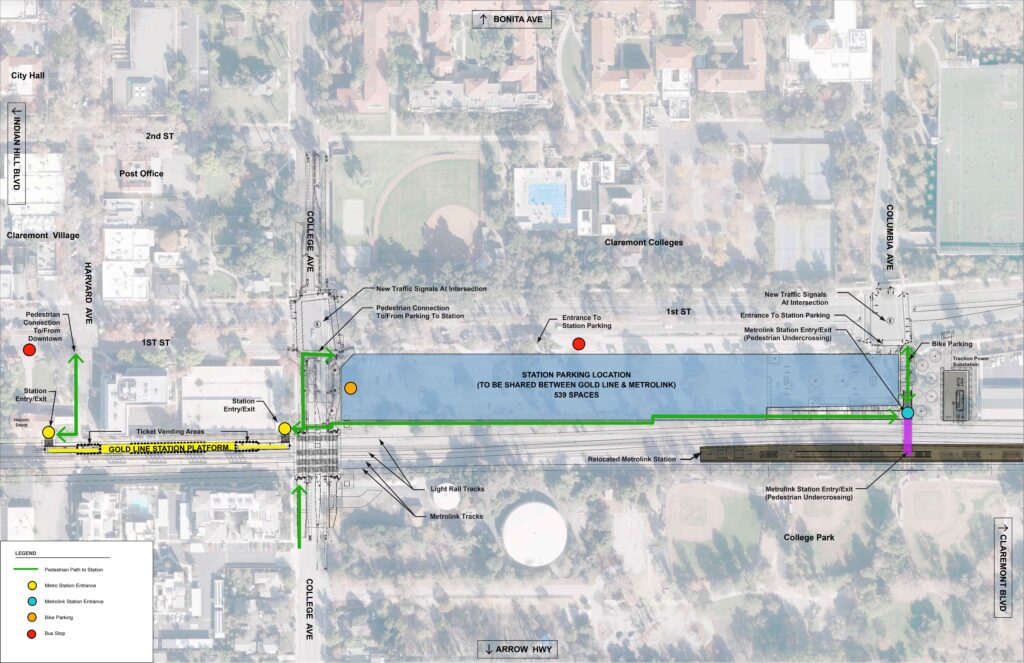 The Claremont station is part of the currently unfunded portion of the Foothill Gold Line from Glendora to Montclair. The future station will be located approximately where the current Metrolink station is located today; east of Indian Hill and west of College Avenue. The existing Metrolink station will be relocated east of College Avenue. The Gold Line station will be a center platform station, with light rail tracks on either side (one for westbound and one for eastbound trains). A new parking facility for both Metrolink and Gold Line riders will be provided (with charging stations for EVs, bicycle parking, bus and drop off areas).

Once completed, four tracks will run through the City of Claremont within one shared corridor – two light rail tracks on the north side for the Gold Line and two Metrolink/freight tracks on the south. While they will share the rail corridor, light rail trains and freight/Metrolink trains do not share tracks or stations.

Permanent changes will also occur due to the project, including safety enhancements at all street crossings (raised medians, red curbing and turn restrictions within 100 feet of the rail corridor at all street crossings), relocation of the Metrolink/freight tracks to the southern half of the rail corridor, new fencing and walls along the entire rail corridor, and new overhead lines to power the more than 200 Gold Line trains anticipated to run daily. The Claremont Metrolink Station will be moved from its current location west of College Avenue to several hundred feet east of College Avenue. The Gold Line tracks will be grade-separated on a city-designed bridge over Indian Hill Boulevard, as required by the California Public Utilities Commission for safety; Metrolink and freight tracks will continue to cross Indian Hill Boulevard at street level.

Joyce Kohl is an accomplished artist based in Altadena, California with experience in cast iron and metal sculpturing. In 2004, she completed a major sculpture utilizing cast iron artifacts from farming, shipping and industrial machinery for a Park & Ride in DuPont, Washington. Other work includes a set of sculptures for the San Joaquin Valley Centennial Celebration of the two major industries in the area – farming and oil. Joyce also designed and created the tile and sculptural AIDS Wall in Zimbabwe.

Joyce graduated with a Masters of Art from California State University Fullerton and is the past recipient of the Fulbright-African Regional Research Grant, Zimbabwe, and the John Simon Guggenheim Memorial Fellowship.

Based on her preliminary design concept, Joyce was selected by the city of Claremont’s Station Design and Art Review (SDAR) Committee, later ratified by the city council, in 2005. As the Foothill Gold Line from Glendora to Montclair continues to move from planning to reality, Joyce has taken her preliminary design concept and work with the SDAR Committee and Claremont community, and advanced the design to be incorporated into the project’s construction.

Joyce’s art plan is derived from her conversations and experience in the city and her conclusion that Claremont has an astonishing number of people (within the colleges and community at large) who are thinking “outside of the box” – in a vast number of fields, utilizing many languages.

The most prominent element of the station artwork will be an internally illuminated iconic landmark located at the corner of First Avenue and College Avenue, near the entrance to the station parking facility. The sculpture is planned to be 16 feet tall and give the illusion of line drawings of two boxes, back to back at skewed angles. The boxes will have letters, symbols and numbers from the different ‘languages’ spoken in Claremont in glass. Each image will represent a story from Claremont. People showcased will include scientists, medical researchers, artists, musicians, social scientists, various educators, experts on religion, historians and creative writers.

During 2006-7, the Construction Authority worked with the City of Claremont (along with all other Foothill Gold Line cities from Pasadena to Montclair) to explore their visions for integrating transit oriented developments (TOD) near the future station.

A premiere example of transit-oriented development along the Foothill Gold Line corridor is found in Claremont with the Claremont Village Expansion project located just west of Indian Hill Boulevard and immediately north of the current Metrolink and Foothill Gold Line right-of-way.

The Packing House: Arteco Partners, recognized in the region for successful adaptive reuse projects and in particular for support for creative arts communities, was selected to bring new life to Claremont’s historic 1922 Citrus Packing House. The project, which officially opened in April of 2007, shines within this TOD for its detailed architectural renovation and a variety of creative storefronts and arts/entertainment venues.

The Shops and Offices, directly across the street from Village Walk and The Packing House further expands office, retail and entertainment opportunities for the City of Claremont, and includes a five-screen, 816-seat Laemmle Theater complex and Casa 425, a 28-room boutique hotel.

The Construction Authority and city began a new dialogue through another TOD study in 2010, which revisited the earlier concepts following the economic downturn. In 2016, the Construction Authority measured the progress of TOD implementation since the first segment of the line opened for passenger service in 2003, including reviewing the potential TOD that could take place near the stations looking forward. Click here to learn more about the TOD Studies.

Located 30 miles east of downtown Los Angeles, Claremont is best known for its tree-lined streets, historic buildings, and college campuses. But more than that, Claremont is a vital balanced community that provides a wide range of programs and services for all age groups and preserves a full range of housing opportunities. It supports a variety of thriving commercial and industrial centers and protects the environment while encouraging appropriate development. In short, it respects traditional values while embracing new ideas.

Much of what Claremont is today is the direct result of actions taken by the community’s founders more than 100 years ago. Trees planted at the turn of the century now compete with nearby mountain peaks for dominance of the local skyline. The Claremont Colleges have become some of the nation’s most highly respected educational and cultural institutions. The historic central core remains a vital residential and retail district, one of the last true “downtowns” in the region. And the spirit of Claremont’s original “town meeting” form of self-governance lives on in today’s active and involved citizenry, citizens who continue to build on the successes of the past in order to ensure an even brighter future.