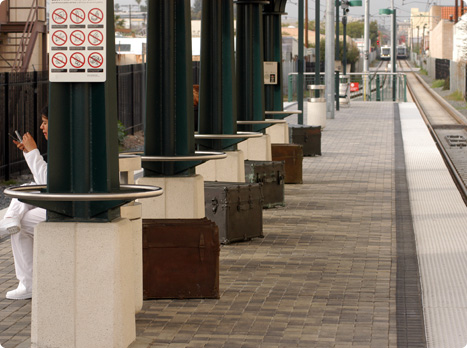 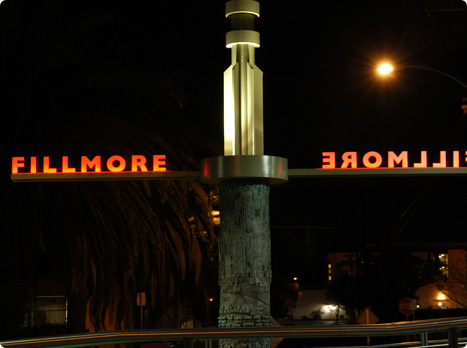 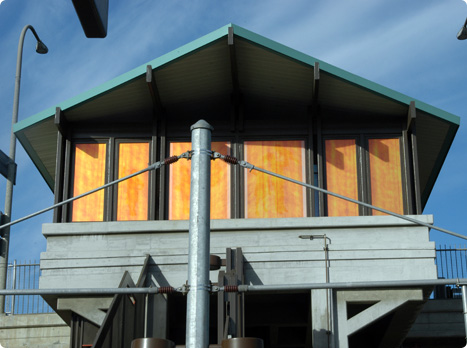 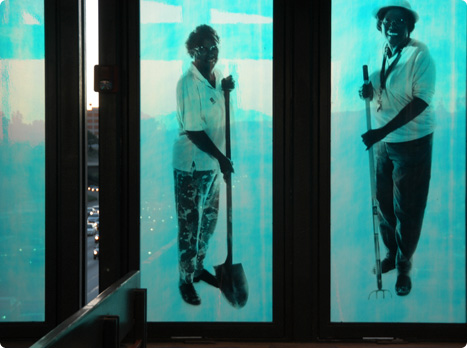 Of the first 13 Gold Line stations built by the Construction Authority in 2003, the city of Pasadena is home to six. Traveling north, the Fillmore Station sits in the heart of Pasadena's up and coming biotechnology corridor and is two blocks from Huntington Memorial Hospital. The line continues to Del Mar Station and Memorial Park Station. Both stations are two blocks from Old Town Pasadena’s shopping, theaters and some of the finest cuisine in Southern California as well as the home of the annual Tournament of Roses Parade route. Memorial Park Station is walking distance to the city's landmark City Hall. The final three stations are located in the median of the I-210 Freeway.

Click on the link below to go to Metro’s station page, to learn more about the stations in Pasadena, available parking, travel times, bus connections and more. To contact Metro directly, call 323.GO.METRO (or 323-466-3876) or 511:

Michael C. McMillen holds a Master of Fine Arts from UCLA. He has received numerous grants and awards, including the 1978 Los Angeles County Museum of Art’s Young Talent Award, and a National Endowment for the Arts Fellowship. His artwork is in many public and private collections, including: the Guggenheim Museum, New York; Australian National Gallery, Canberra, Australia; Art Gallery of New South Wales, Syndey, Australia; Los Angeles County Museum of Art, Los Angeles; Oakland Museum, Oakland; Laguna Art Museum, Laguna Beach; and San Jose Museum of Art, San Jose. His work has been exhibited at the Whitney Museum of American Art, the Solomon R. Guggenheim Museum, and at museums and galleries throughout the US, Asia, and Europe.

“The tower serves to identify the entrance to the station platform and provides an animated and engaging visual interpretation of time and culture, combining artifacts and symbols both natural and manufactured, interlinked and mutually dependent. The tower can be interpreted as a meditation on the evolving nature of geology, time, language, habitat, and culture.”

Ries Niemi participated in one of the first artist design team projects in the country—the Creston Nelson Substation—in Seattle, WA in 1979. Since then, he has created many public artworks, including projects for the Anacortes Public Library in WA; Mariner’s Baseball Stadium, Seattle, WA; San Antonio Convention Center; and King County Regional Justice Center, in Kent, WA. He is currently working on public artworks for the Snohomish Public Library in WA; Valley Metro Rail in Phoenix, AZ; Tacoma City Hall, WA; and the Great Mall Station, Santa Clara Valley Transportation Authority in Milpitas, CA.

“In this work I have created an ‘alphabet’ of components and shapes, which I have then combined into many different ‘sentences.’ The work was largely created through an improvised process, almost like playing jazz, where each segment was tried in a variety of ways before the right one suggested itself. In the end, the piece is a lyrical and rhythmic narrative about the glory and mystery of machines.”

John Valadez received his Bachelor of Fine Arts from California State University, Long Beach. He was Artist in Residence at the Foundation d’Art de la Napoule in France in 1987. Other honors include: a California Community Foundation Getty Trust Fellowship; a Joan Mitchell Foundation grant; a General Services Administration Design Award for artwork at the Federal Building in El Paso, TX; and an Art in Public Places Award from the Architecture Foundation of Orange County for his project at the Federal Office Building and Courthouse in Santa Ana, CA. His work has been exhibited in museums and galleries throughout the US, Europe, and Mexico.

“This work is about remembering artists and artwork from another time before us all. Few Southern Californians are aware of the wealth of imagery and symbolism handed down from the ancestors of people who live among us today. This work celebrates the beauty of their early paintings and recognizes the value and meaning of that imagery in our lives today.”

Pat Ward Williams holds a Master of Fine Arts in photography from Maryland Institute College of Art, Baltimore, MD. Her public art commissions include a project for the Hollywood & Highland Entertainment Center, Hollywood, CA; and the Gilbert Lindsay Memorial at the Los Angeles Convention Center. She has received many awards, including: a Ford Foundation Grant; two National Endowment for the Arts Photography Fellowships; a California Community Foundation Getty Trust Fellowship; and a Fulbright Regional Research Fellowship in Johannesburg, South Africa. Her work has been exhibited nationally and internationally, and has been included in shows at the: Los Angeles County Museum of Art, Los Angeles; Whitney Museum of American Art, New York; Smithsonian Museum, Washington, DC; and Contemporary Arts Museum, Houston, TX.

Artist Pat Ward Williams used people in transit as the subject for her artwork at the station. Area residents modeled for the artist, and she captured them in the act of pointing, waving, laughing, talking, reaching, rushing, scolding, waiting, and daydreaming. The resulting human-scale black and white photographic portraits were emblazoned on dichroic glass panels that frame the station entry galleries bisected by Lake Avenue.

Michael Amescua was born in Morenci, Arizona and currently lives in East LA. Michael obtained a degree in Anthropology from Occidental College, specializing in Pre-Columbian myth and ritual, and is a long time artist in residence at Self-Help Graphics in East Los Angeles. Working in steel as a primary medium, he reinterprets traditional art forms and his pieces can be found in collections at UCLA, the Rincon Indian Reservation, and the Wilfredo Lam Museum in Havana, Cuba.

“In this station we combined the ideology and sensibility of the indigenous peoples with modern and technological design. The result is a warm, community oriented space where people can gather not only to ride, but to enjoy waiting.”

Tony Gleaton has pursued an artistic career as a photographer since 1974. His interest in rodeo performers and black and Native American cowboys influenced a series of portraits of African-, Native-, Euro-, Mexican, and Mexican-American cowboys shot throughout Texas, Colorado, Nevada, Idaho, Kansas, and Colorado. His relationship with the Tarahumara Indians of Northern Mexico influenced a body of work shown in Mexico, Cuba, and the US by the Smithsonian Institution Traveling Exhibition Service. He is the recipient of a Durfee Foundation Award, and a grant from the Samoan Archives of the Oceanside Public Library to photograph present day American Samoa.

“Gleaton“: Printed on two double-sided porcelain enamel steel panels and visible from both directions, the blue-toned portraits echo the blue enclosure of the bridge, and depict local inhabitants the artist describes as “the others.” These photographs reflect the distinct differences and diversity between us all, and mirror the connecting glance, embrace, and human emotion we share and understand together. For any other inquiries regarding the Los Angeles to Pasadena Gold Line please visit Metro.net.

The City of Pasadena is world renowned for the annual Tournament of Roses Parade and Rose Bowl Game. Yet, the city is also home to the California Institute of Technology and Nasa’s Jet Propulsion Laboratory. Located just 15 minutes from downtown Los Angeles, at the base of the San Gabriel Mountains, the city's popular shops and restaurants blend comfortably with tree-lined streets, distinctive neighborhoods, historic buildings and a vibrant cultural scene. Pasadena is the seventh largest city in the county of Los Angeles, and is the main cultural center for the San Gabriel Valley.